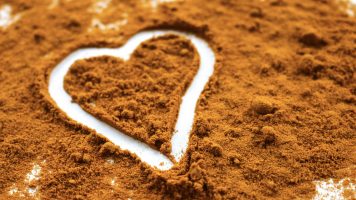 Multiple myeloma is one of our most dreaded cancers. It’s a cancer of our antibody-producing plasma cells, and is considered one of our most intractable blood diseases. The precursor disease is called monoclonal gammopathy of undetermined significance (MGUS). When it was named, it’s significance was undetermined, but now we know that multiple myeloma is almost always preceded by MGUS. This makes MGUS one of the most common premalignant disorders, with a prevalence of about 3% in the older white general population, and about 2 to 3 times that in African-American populations.

MGUS itself is asymptomatic, you don’t even know you have it until your doctor finds it incidentally doing routine bloodwork. But should it progress to multiple myeloma, you only have about four years to live. So, we need to find ways to treat MGUS early, before it turns into cancer. Unfortunately, no such treatment exists. Rather, patients are just placed in a kind of holding pattern with frequent check-ups. If all we’re going to do is watch and wait, researchers figured they might as well try some dietary changes.

One such dietary change is adding curcumin, the yellow pigment in the spice turmeric. Why curcumin? It’s relatively safe, considering that it has been consumed as a dietary spice for centuries. And, it kills multiple myeloma cells. In my video Turmeric Curcumin, MGUS, & Multiple Myeloma, you can see the unimpeded growth of four different cell lines of multiple myeloma. We start out with about 5000 cancer cells at the beginning of the week, which then doubles, triples, and quadruples in a matter of days. If we add a little bit of curcumin, growth is stunted. If we add a lot of curcumin, growth is stopped. This is in a petri dish, but it is exciting enough to justify trying curcumin in a clinical trial. And six years later, researchers did.

We can measure the progression of the disease by the rise in blood levels of paraprotein, which is what’s made by MGUS and myeloma cells. About 1 in 3 of the patients responded to the curcumin with dropping paraprotein levels, whereas there were no responses in the placebo group. These positive findings prompted researchers to commence a double-blind, randomized, controlled trial. The same kind of positive biomarker response was seen in both MGUS patients, as well as those with so-called “smoldering” multiple myeloma, an early stage of the cancer. These findings suggest that curcumin might have the potential to slow the disease process in patients, delaying or preventing the progression of MGUS to multiple myeloma. However, we won’t know for sure until longer larger studies are done.

There are, however, some vegetarian foods we may want to avoid. Harvard researchers reported a controversial link between diet soda and multiple myeloma, implicating aspartame. Studies suggest french fries and potato chips should not be the way we get our vegetables, nor should we probably pickle them. While the intake of shallots, garlic, soy foods, and green tea was significantly associated with a reduced risk of multiple myeloma, intake of pickled vegetables three times a week or more was associated with increased risk.

For dietary links to other blood cancers, see EPIC Findings on Lymphoma.

The turmeric story just never seems to end. I recommend a quarter teaspoon a day:

More on the effects of NutraSweet in Aspartame and the Brain and acrylamide in Cancer Risk From French Fries.