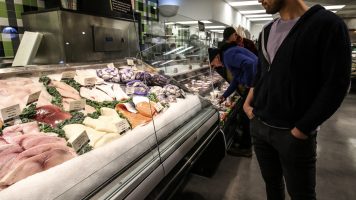 A number of studies suggest that exposure to industrial pollutants may affect sexual function, for example, loss of libido, sexual dysfunction, and impotence. This may be due to effects on testosterone levels. In a study of men who ate a lot of contaminated fish, an elevation in PCB levels in the blood was associated with a lower concentration of testosterone levels. These pollutants are found predominantly in fish, but also meat and dairy. The lowest levels are found in plants (see Dietary Pollutants May Affect Testosterone Levels).

Testosterone doesn’t just play a role in the determination of secondary sex characteristics like facial hair at puberty. It also regulates normal sexual functioning and the overall physical and psychological well-being of adult men. Abnormally low levels of testosterone can lead to decreased physical endurance and memory capacity, loss of libido, drop in sperm count, loss of bone density, obesity, and depression.

Endocrine-disrupting compounds that build up in fish may be able to mimic or block hormone receptors, or alter rates of synthesis or breakdown of sex steroid hormones. In children, these pollutants may actually impair sexual development. Boys who are exposed may grow up with smaller penises (although only by about two-thirds of an inch shorter at most). Researchers have tried exposing cells from aborted fetal human penises to these kinds of dietary pollutants, and gene expression related to genital development is indeed affected at real-life exposure levels. We’re not sure if the effects on penis length are due to the pro-estrogenic effects of the toxins, though, or the anti-testosterone effects.

You’ve heard of save the whales? Well, male reproductive organs may be at risk from environmental hazards as well.

For more on sustaining male virility, see Male Fertility and Diet, The Role of Diet in Declining Sperm Counts, and Dairy Estrogen and Male Fertility.

I’ve talked about the role a plastics chemical may play in male sexual functioning (BPA Plastic and Male Sexual Dysfunction). But it’s not just toxins, it’s the total diet (Survival of the Firmest: Erectile Dysfunction and Death), and not only in men (Cholesterol and Female Sexual Dysfunction).  My latest on the topic is Best Foods to Improve Sexual Function.