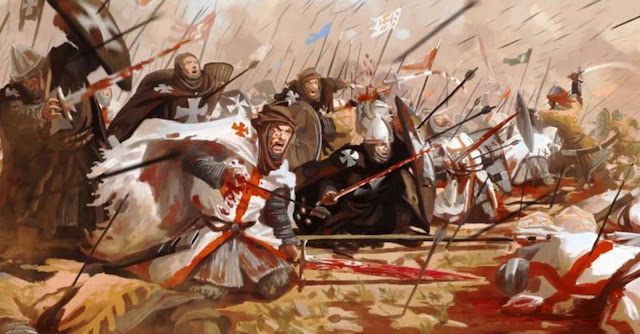 People in many faith communities assure us that “hate has no place” in their circles, their faith or their religion. I’m with them, for the most part. But we have to admit, don’t we, that there is something deeply embedded in religious history that elicits or encourages a fearful defensiveness bordering on hatred of outsiders? This can lead us to wonder whether hate is somehow intrinsic to religion and can be promoted and perpetuated by religious faith.

I think most religions and most people of faith are sincerely devoted to a good and loving life. In fact, I think this is exactly the ground where the secular and the spiritual can stand together. So, I’m not suggesting hate is exclusive to religion or that religious beliefs are necessarily linked with hate. What I am wondering is whether or not it would serve all of us better to uncover and understand the origins of hatefulness. If religious teachings, specifically in scriptures, underlie a hateful relation with the rest of the world, that should be acknowledged, “owned” and addressed by adherents of those traditions.

I went back to read Luke 14 where Jesus infamously instructs his followers to “hate” their family members if they want to be his disciples. Along with many other pastors, I used to preach that Jesus didn’t really mean “hate.” He could never say that. What he “meant to say” (I explained) was that we should love him so much that love for our families paled in comparison. Except, that’s not what the text says.

The word “hate” is miseo in Greek and it can also mean to “turn away” or “detach” from another. Some biblical interpreters prefer these definitions to soften the teaching of Jesus. The problem is, the primary meaning is “hate.” Second problem: the parallel passage in Matthew 10 shows Jesus’ insistence that a person is “not worthy of me” if they love their family more than him (“I am a jealous god” comes to mind). And this passage follows his jaw-dropping and jarring words: “Do not think that I have come to bring peace to the earth; I have not come to bring peace, but a sword” (compare Luke 12: “I came to bring fire … and division!”).

That would be enough to affirm the violence built in to his revolutionary agenda, but he goes on to say, “For I have come to set a man against his father,” etc. I think it’s important to remember that a raging stream of the history of those who claim to be his “followers” is colored red by the swords of steel and sectarian hatred.

The history of those who claim to be his “followers” is colored red by the swords of steel and sectarian hatred.Some also interpret these passages as Jesus’ attempt to “weed out” the real disciples from the crowds following him. He seemed to be saying, “This is deadly serious. If you want to follow me it will be difficult, dangerous and destructive to you and your family.” As Bonhoeffer summarized the demand: “Come and die.” Taking up one’s cross (instrument of suffering and sacrifice) was central to Jesus’ curriculum as a teacher of endings—the death of disciples and the culmination of history.

Yet, can we really say hate is integral to historic religious tradition? That would be too generalized, but let’s dig further.

In Deuteronomy (chapter 13) the fear of idolatry is so intense that the Torah instructs a believer to resist even a family member who “entices” them to worship other gods (to leave the faith and become an infidel, an apostate). An Israelite must “show them no pity or compassion” and “you shall surely kill them.” We might find that a bit harsh, but this is considered holy hate.

Software or hardware? This is one way to look at it. If hatred for “the other” is actually a virus embedded in the hardware of religion, there’s not much we can do. If it’s downloaded as software, we can delete, update and reboot the system. Otherwise, the whole system needs to be replaced.

Love is certainly a critical component of scripture. Yet, what is the core of that? Love for God. Love the Lord first, above all. All other love is secondary, inferior. In significant ways I think this is the crux of our problems with faith in our world today. Those who focus their devotion on loving God above all, will do anything to sustain and protect that love. Other believers feel that loving people is the same as loving God. What both groups often fail to see is that their definitions of love are dehumanizing and can, at worst, perpetuate hatred for real human beings. Most would never intend that, but the underlying meaning of love strangely mutates into detachment, division—a form of hate.

As with faith and love, hate is a choice.

Chris Highland is a freethinking humanist, former minister, columnist for the Asheville Citizen-Times and author of A Freethinker’s Gospel. Website: www.chighland.com)